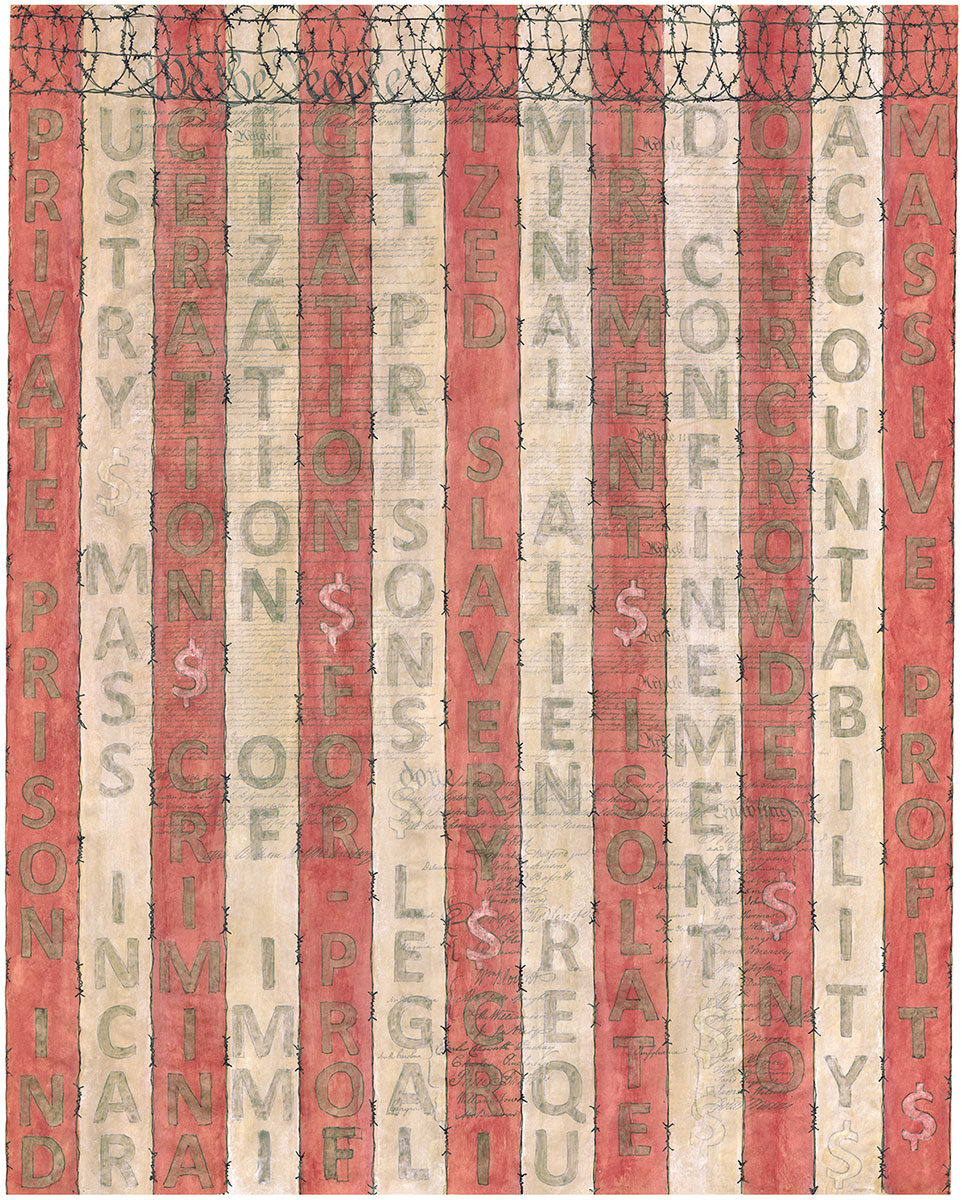 "Between 1990 and 2005, a new prison opened in the United States every ten days. Prison growth and the resulting “prison-industrial complex”—the business interests that capitalize on prison construction—made imprisonment so profitable that millions of dollars were spent lobbying state legislators to keep expanding the use of incarceration to respond to just about any problem. Incarceration became the answer to everything—health care problems like drug addiction, poverty that had led someone to write a bad check, child behavioral disorders, managing the mentally disabled poor, even immigration issues generated responses from legislators that involved sending people to prison. Never before had so much lobbying money been spent to expand America’s prison population, block sentencing reforms, create new crime categories, and sustain the fear and anger that fuel mass incarceration than during the last twenty-five years in the United States."