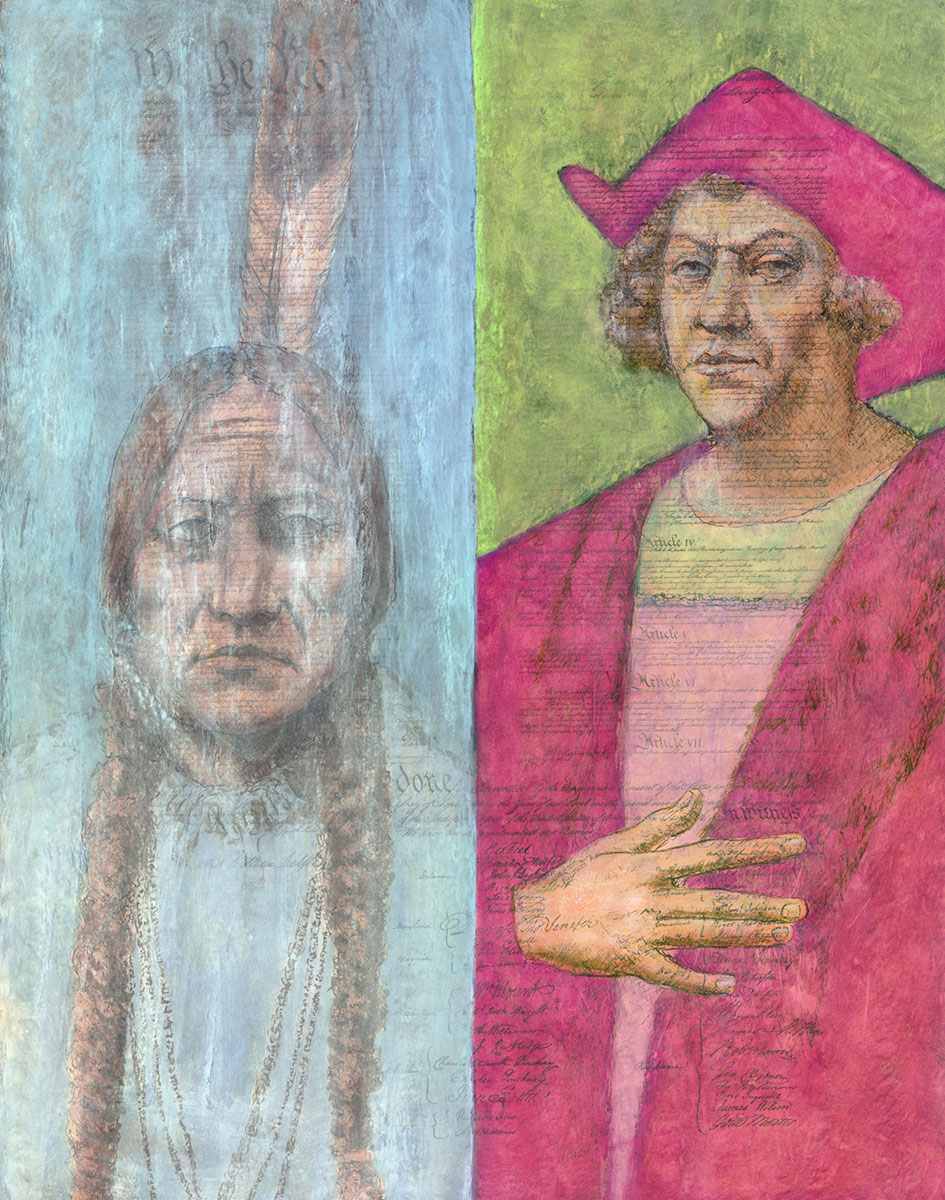 “As soon as I arrived in the Indies, in the first island which I found, I took some of the natives by force, in order that they might learn and might give me information of whatever there is in these parts…They do not bear arms, and do not know them, for I showed them a sword, they took it by the edge and cut themselves out of ignorance. They have no arms and their spears are made of cane….They would make fine servants….With fifty men we could subjugate them all and make them do whatever we want.”