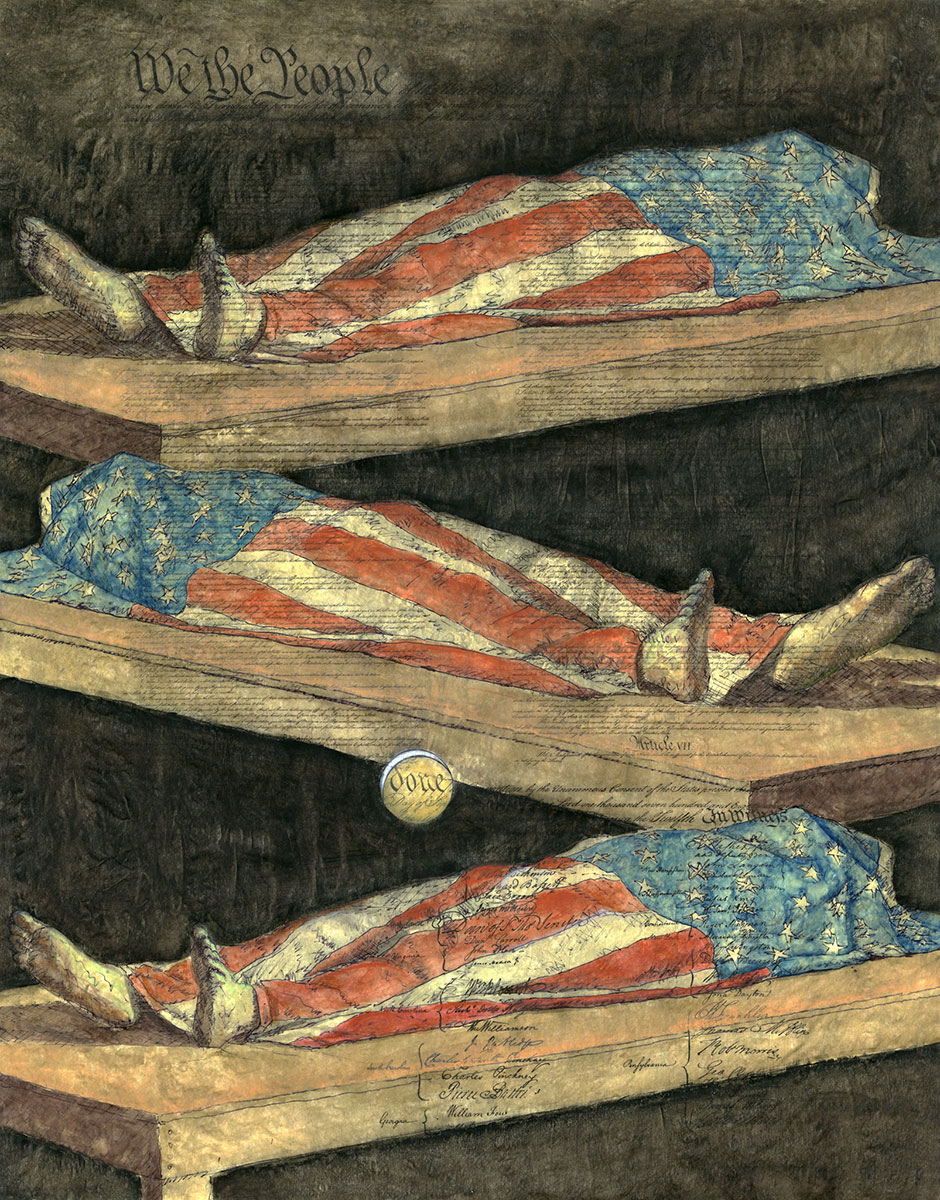 "We watched the U.S. falsification of body counts, in fact the glorification of body counts. We listened while month after month we were told the back of the enemy was about to break. We fought using weapons against “oriental human beings,” with quotation marks around that. We fought using weapons against those people which I do not believe this country would dream of using were we fighting in the European theater or let us say a non-third-world people theater… we watched pride allow the most unimportant of battles to be blown into extravaganzas, because we couldn’t lose, and we couldn’t retreat, and because it didn’t matter how many American bodies were lost to prove that point."